Creates a loop that executes activities declared inside the DoWhile activity while the condition is met. 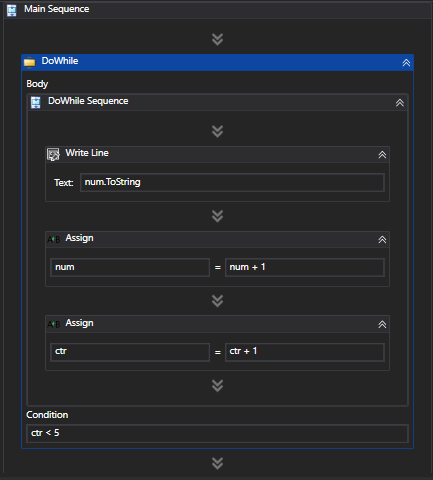 Application of Do While activity

The output should look like this in the Output panel:

The expected results to be shown on the Output panel

Did you find it helpful? Yes No

Send feedback
Sorry we couldn't be helpful. Help us improve this article with your feedback.